Nordra (Monika Khot) will be on tour in Europe this spring, in support of her upcoming new record "Pylon lll" 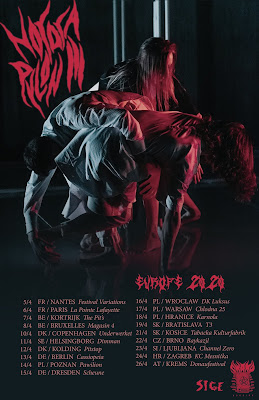 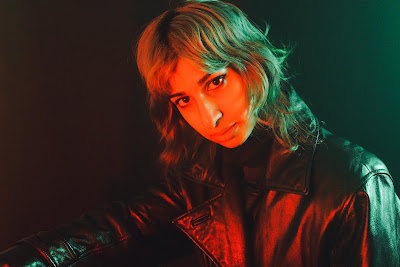 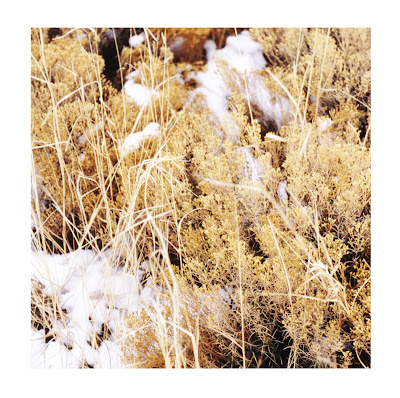 Posted by Faith Coloccia at 10:47 AM No comments:

Out today via SIGE + Ektro Records⠀
Aaron Turner "Repression's Blossom" LP/DL.⠀
Physical edition sold out in US - still available in Europe via Ektro Records and Boomkat.com and Norman Records

Aaron Turner’s solo debut Repression’s Blossom explores the realm of avant-garde and reductionist metal. Avoiding the pitfalls of unintentional monotone, the album’s abstract narrative tightropes through viscous noise mayhem and clinical serenity towards the mythical echelons of minimalism with gravity analogous to Kevin Drumm, Caspar Brötzmann and Pauline Oliveros. The drone-supported fragments of exquisitely manipulated audio create a magnificent multi-layered backdrop for Turner’s feral guitar mangling, which extends across lyrical abstraction and concrete art.
Besides his solo works, Aaron Turner is renowned for his participation in the bands SUMAC and ISIS. His other projects include Old Man Gloom, Mamiffer and House of Low Culture, as well as collaborations with other artists such as Tashi Dorji, Daniel Menche, Keiji Haino, and Circle. He is the founder of Hydra Head Records and co-founder of SIGE Records.
Track Listing:1. Fear of Discovery2. The Vanity of Need3. Attar Datura4. Underlying Nature of Habitual Dishonesty

Edition of 300 copies, with LP/jacket art by A. Turner. 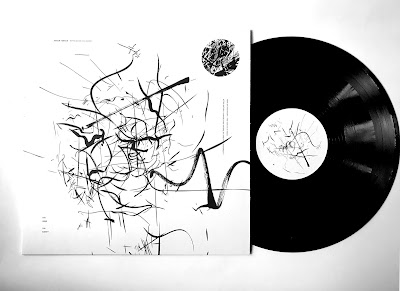 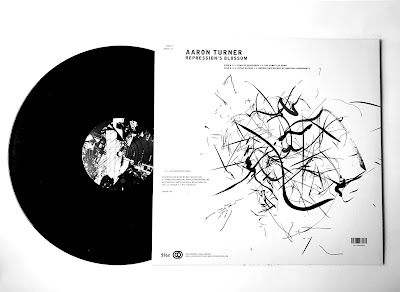 Posted by Faith Coloccia at 9:35 AM No comments: 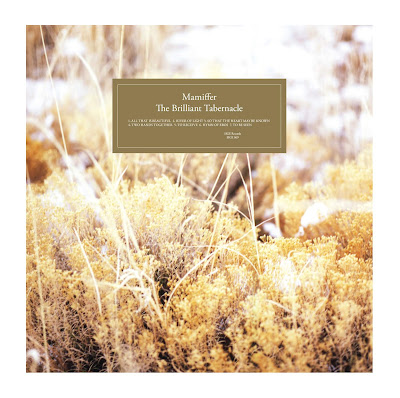 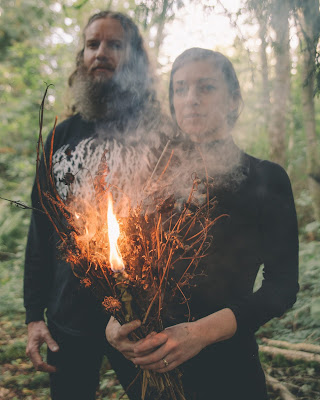 The long-arc vision of Faith Coloccia / Mamiffer has deftly traversed a sonic terrain with an emotional depth and compositional restraint rarely found in contemporary music. Across multiple albums, EPs, and splits, she and her collaborators have tapped into the passionate elements of life—the sublime joys and the harrowing losses - while also providing a score to the less definable moments; the pensive times of solace, the dissonant chapters of uncertainty, and the meditative sojourns. Mamiffer’s latest album, The Brilliant Tabernacle, transmutes darkness and rejoices in the force of life by illuminating the beauty of creation. Beginning with a foundation of piano, organ, and voice, Coloccia enlisted her partner and long-time collaborator Aaron Turner along with a congregation of auxiliary musicians to help her construct “a guiding light” in the form of seven songs.

With The Brilliant Tabernacle, Coloccia has focused her work on encompassing the totality of the human experience. Herein she acknowledges both the joyful abundance and inherent suffering of life, while fostering a deep reverence for “pristine awareness” as accessed by the natural mind. This fecund drive was further bolstered by the birth of her first child after her last album The World Unseen. The attendant experiences with maternity—hope, love, strength, support, surrender, and more than anything, the cognition of the self at its most powerful: the embodiment of vulnerability—prompted the construction of The Brilliant Tabernacle.

The album opens with “All That is Beautiful,” a poetic salve buttressed by Coloccia’s piano, Jon Mueller’s communal drum patterns, Veronica Dye’s constellating flute, and Turner’s dichotomous combination of bucolic acoustic guitar and distorted squall. Amidst this backdrop of lilting major and minor key melodies, Coloccia weaves a private psalm of global stewardship and personal strength—a prime example of her music serving as a talisman in a labyrinthine world. From there the album segues into the aural blessings of “River of Light,” a psychedelic calling of drones, pulses, and melodic fragments, with supplementary vocals by Monika Khot. “So That the Heart May Be Known” is a blissed-out harmonic incantation, an amalgam of old world folk elements and modern minimalist composition colored by Eyvind Kang’s string arrangements. Coloccia’s lyrics once again serve the overall vision of reveling in the beauty of creation by repeating the cyclical mantra “How does it feel? / What do you know? / All love!” Coloccia asserts that her aim with Mamiffer is to create psychedelia without drugs and spirituality without the dogma of religion, and that principle is deftly achieved on “Two Hands Together” where graceful piano foundations channel lyrical parallel’s between the process of birth and the metaphoric rebirth of baptism, invoking a secular sense of wonder and magic towards both human biology and consciousness.

“Hymn of Eros” is the centerpiece of side 2, a kaleidoscopic inversion of side 1’s homespun musical traditions interwoven with the electro-acoustic emissions of synthesist Alex Barnett and waves of textured bass from Brian Cook. It’s the track that most closely recalls the ominous lurch and protracted abstractions of Mamiffer albums like Hirror Enniffer and Mare Decendrii, although the lyrical intent is perhaps the most pointed of any song on The Brilliant Tabernacle. “So many problems in the world stem from people who do not love themselves, and have lost a fundamental gift that should be everyone’s birth right: to be loved unconditionally and completely. Much of our conditioning has strived to detach humans from one another, to see difference as threatening instead of as a strength, to separate the bond with the mother and the earth, and this is passed down through the generations,” Coloccia says. “I felt this record was a complete psychic and magical observation of the healing power of true love, of respecting vulnerability, of not wanting to forget where we all come from- how we were all once helpless and all deserving of love.” The album closes with “To Be Seen,” a transcendental plainsong that brings the uninitiated into the fold while conjuring the inviting warmth and hallucinatory spirituality of Letzte Tage Letzte Nächte-era Popol Vuh or the hypnotic repetition of Asa Osborne projects like Zomes and Lungfish.

“The album as a whole represents a mythical narrative: the hero's descent into the darkness of the soul and the generational sickness of our current culture and its history, followed by the triumphant reunification with the primal deep of total love. This process generates the power to break the spell of linear time, thought and action, and produces instead a sense of cyclic and physio-psychic existence. It provides the opportunity to overcome indoctrinated amnesia, to uplift collective strength and allows for the restoration of in-born self-love” Coloccia says of The Brilliant Tabernacle. And indeed, the album is a journey through the dark and into luminous revelation, across a myriad of textures and timbres, at turns tranquil, turbulent, and surreal.

“To be sensual, I think, is to respect and rejoice in the force of life, of life itself, and to be present in all that one does, from the effort of loving to the breaking of bread.”- James Baldwin.

Produced by Randall Dunn and Mamiffer

Recorded by Randall Dunn at Studio Litho, Seattle, WA. (2013) and AVAST! Studio, Seattle, WA. (2014, 2015, 2018).
Additional recording by Mamiffer at The House of Low Culture, Vashon, WA. (2013-2018). Jon Mueller's percussion and Faith Coloccia's piano on "All That is Beautiful" recorded by Matt Bayles at Robert Lange Studios, Lakeshore, WA. (2017). Piano, synthesizer and electronics on "Hymn of Eros" recorded by Nicholas Wilbur at The Unknown Studio, Anacortes, WA. (2016)


Posted by Faith Coloccia at 9:32 AM No comments:

Events take place October 17, 24,  and 29 at 7pm
Music Research Strategies (percussionist Marshall Trammell) instigates social practice collaborations at sites of political opposition. Music Research Strategies began as a critical ethnographic framework bridging Trammell’s ongoing interests with improvising strategies, organizational improvisation and psychology, and street-level, social justice action. Music Research Strategies navigates the global economy as a touring musician performing research and political education nationally and internationally through a battery of modular, social science-based systems.
For his residency and series of events at Western Front, Trammell will undertake a collaboration and exchange with Vancouver artists who use percussion—including Eileen Kage and John Brennan—and present his research around music as a tool for collective organizing. Over the course of a two week residency with three events, Music Research Strategies will continue the Insurgent Learning Workshop (ILW) series focusing on “Solidarity Economics,” a participatory, improvised music workshop. The workshop serves as a public & collective process towards developing a new language through improvisation based on a general framework of ideas developed by the US Solidarity Economy Network.
This series of events will unfold over three evenings:
October 17, 7pm
Insurgent Learning Workshop: Solidarity (Cooperative) Economics Conduction System
Night one consists of an open rehearsal and workshop with Trammell and collaborators.
October 24, 7pm
Indexical Moment/um: Solidarity (Cooperative) Economics Conduction System
Night two consists of three “conductions” with a collaborative group and a solo performance.
October 29, 7pm
Social Impact Assessment: Music Research Strategies with John Brennan
Night three concludes the series with a talk by Trammell and a final performance with John Brennan.
Posted by Faith Coloccia at 5:17 PM No comments:

Mamiffer "All That Is Beautiful"

Heres a video for 'All That Is Beautiful" from the new Mamiffer LP "The Brilliant Tabernacle". Video by Lauren Rodriguez. Thank you Randall Dunn, Matt Bayles, Jon Mueller, Veronica Dye, Monika Khot and Lauren.


From Faith: "I worked with Lauren Rodriguez on this video, and gave her my notes and themes which she interpreted into film. She was involved in the process on a heartfelt and emotional level as well as a creative one. She helped me create a visual narrative representing the psychedelia and different mind-states of new parenthood and the feeling of being "earth-bound".

"Focusing on the matrilineal connection to my mother, grandmothers and great grandmothers. In the video I dress up in their clothes and jewellery,  I wash their blankets and make their beds. I was attempting to follow in the strength of their footsteps- that when seen as domestic- were silenced and made invisible/mundane- and instead elevate them to the full colour of the present. I wanted to find the power of their souls, and carry that through visuals of where I live, and the land that surrounds our home. Two artists that inspired me in the making of this video and song were Audre Lorde's The Erotic As Power and the documentation of the "earth-body" artist: Ana Mendieta."

Pre order HERE
Posted by Faith Coloccia at 10:24 AM No comments: 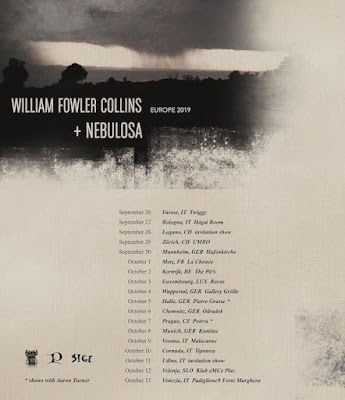