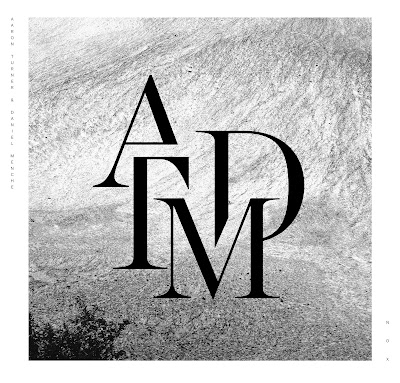 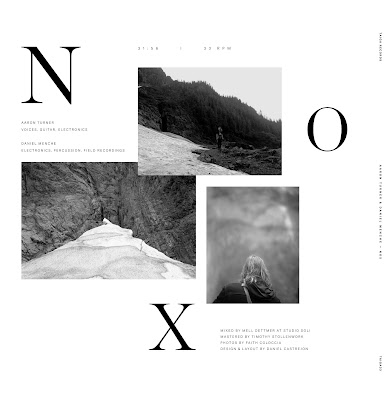 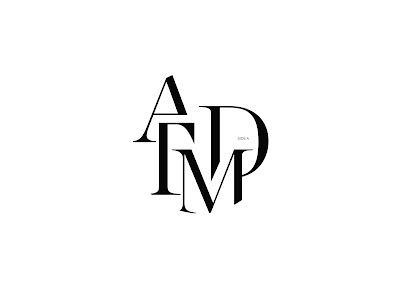 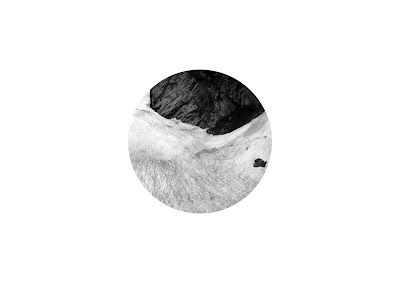 Daniel Menche is a prolific musician whose work in the fields of noise and experimentalism displays both savage tactile expressionism and masterful studio manipulations. Aaron Turner is an equally prolific artist whose output veers from
violent guitar architectures to textural meditations. Consequently, their collaborative album Nox could have
been a brutish exercise in punishing frequencies and aural assaults. Instead, Nox is what Turner describes as “a combo of Daniel’s more free-flowing form of
impulsive music making and my more contemplative composition.”
Consisting of one lone track over the course of two sides of an LP, Nox uses its allowance of time to patiently wind and unravel around Menche’s intuitive and free-associative vocal and drum treatments. Manipulated and wrought to the point of abstraction, this spontaneous underpinning served as the narrative backbone to Turner’s orchestral vocal arrangements. Over the course of the year-long
development process, the two musicians maintained a continual dialogue on the direction of the album, taking turns adding
their accents and embellishments to the composition. Field recordings, found sounds, and auxiliary instrumentation
fleshed out the recording until Nox developed into a final ruminative experience.
Menche and Turner had previously worked together on the Mamiffer/Menche collaborative album Crater, though Nox bears closer sonic relations to other
endeavors in both artists’ canons. One can hear vestiges of Menche’s more percussion-based albums like Concussions or
Turner’s more ethereal vocal-based work with Jodis on their most recent offering. And while the tactics and tools used for
creating the album are very much of the modern age, the duo conjure the timeless elements of the transcendental hymns of
Arvo Pärt or the tonal clusters of György Ligeti through their patient, economical
approach. Ultimately, Nox creates a lush, inviting, and deeply dimensional world that belie the cold basements of Portland, OR and Vashon, WA where it was slowly brought to fruition.

THALASSA: The duo of Aaron Turner and William Fowler Collins 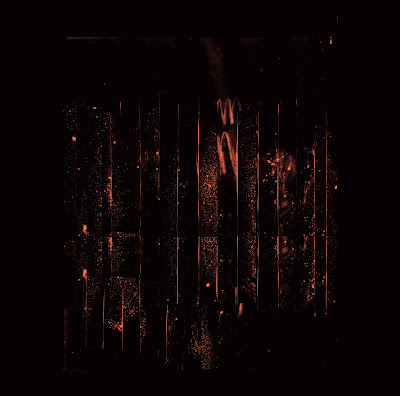 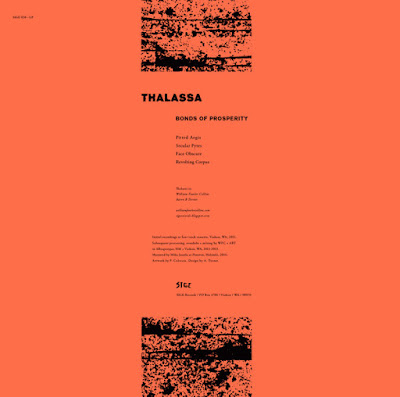 Barnett + Coloccia "WELD" was released on Blackest Ever Black on LP 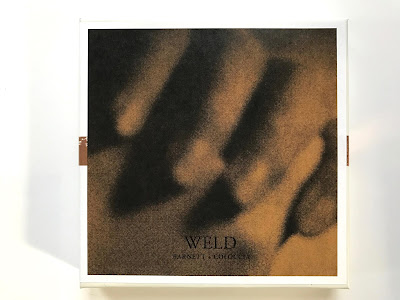 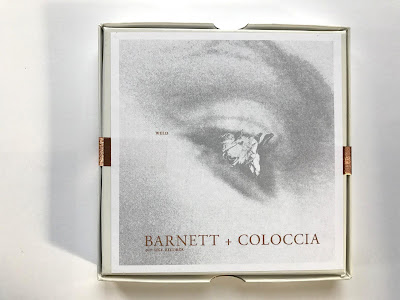 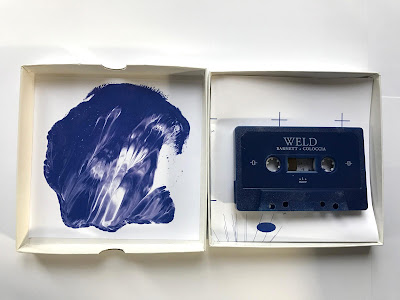 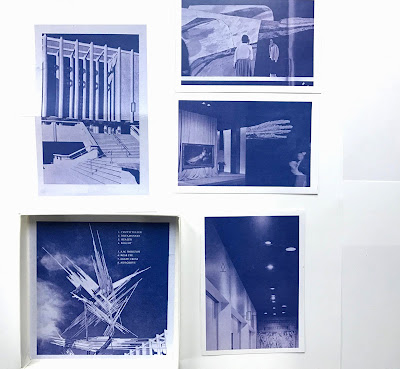 *Mamiffer performs their last show in a while? (babies) on July 6th at Chop Suey in Seattle with friends Zen Mother (featuring SIGE BF Monika Khot!)*

Faith Coloccia and Aaron Turner also have been commissioned to write a composition for this event/festival: performed by Polish Orchestra: http://sacrumprofanum.com/program/post-indie-classical-1 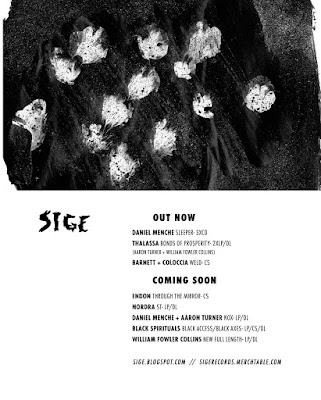 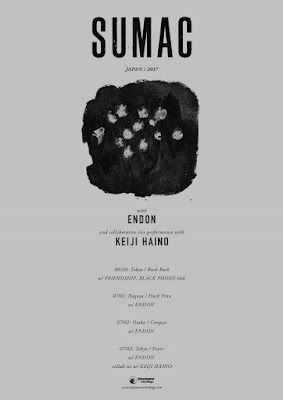 Posted by Faith Coloccia at 6:16 PM No comments: